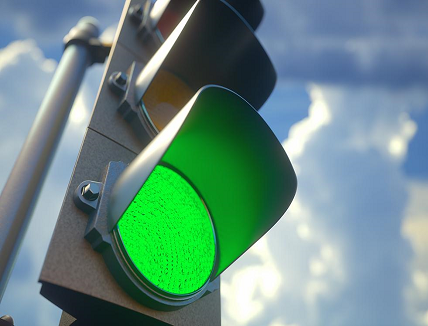 Iteris has been awarded a $1.1 million contract by the City of Orange for a regional smart mobility, safety and sustainability program, representing continued demand for Iteris’ specialized consulting services in southern California, a key geographic market.

According to the Orange County Transportation Authority (OCTA), Orange County’s population is expected to increase 13% by 2035, resulting in more drivers on the county’s roadways: “To ease growing traffic demands, OCTA, the California Department of Transportation (Caltrans), the County of Orange and all 34 cities are working together to coordinate traffic lights across the county.”

The City of Orange’s three-year regional traffic signal synchronization project with Iteris supports the goals of OCTA’s Project P, a comprehensive transportation funding scheme under the Measure M program that aims to significantly reduce countywide travel time, fuel consumption and greenhouse gas emissions, while improving safety and mobility, and improving overall travel experience for all road users, including vehicles, buses, bicycles and pedestrians. By reducing delays and stops on key corridors for passenger vehicles and heavy vehicles, the project will help reduce CO2 emissions and fuel consumption, which in turn will contribute to environmental and air quality improvements.

Since launch, OCTA’s traffic signal synchronization program has already resulted in a 13% reduction in travel time, a 14% improvement in travel speed, a 52 million gallon reduction in fuel consumption and a 885 million pound reduction in greenhouse gas emissions.

“Keeping traffic flowing safely and smoothly through the City of Orange is one of our highest priorities. Optimizing traffic signal coordination reduces travel times and delays throughout the region,” said Larry Tay, city traffic engineer at the City of Orange. “We are proud to be part of OCTA’s countywide effort to improve air quality and reduce fuel consumption.”

“We are proud to continue to support the City of Orange and OCTA’s goals of improving safety, mobility and sustainability for all road users by embarking on this regional traffic signal synchronization program,” said Bernard Li, vice president, Consulting Solutions at Iteris. “This initiative represents the continued expansion of Iteris’ specialized consulting services across the west coast, and will ultimately help to increase the value, effectiveness and resilience of the region’s existing transportation infrastructure, while also improving air quality by reducing fuel consumption and emissions.”

Iteris has designed, deployed or equipped over one third of all signalized intersections in the United States, supporting local and state transportation agencies with advanced detection sensors, and traffic signal design, timing and synchronization services.