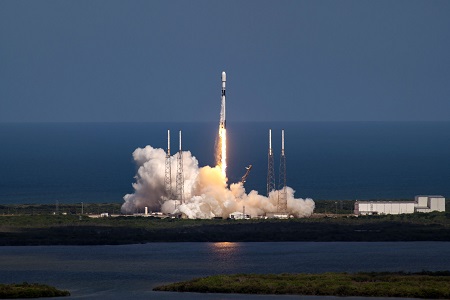 GPS III SV03 is the 9,505-pound (4,311-kilogram) satellite which is designed by Lockheed Martin Space Systems. It is the third model of its series replacing the previous Block II series with this upgraded version of GPS satellite. It is the third USSF mission launch, second National Security Space launch (NSSL) mission on SpaceX’s Falcon 9 rocket and the first mission where the service provider of a launch aim to recover the booster.

GPS III is considered as the most powerful GPS Satellite bringing a new level of distinction or supremacy for the entire space community. Medium Earth Orbit (MEO) Space Systems Division chief, Col. Edward Byrne said, “The GPS III program continues to build on its successes by delivering advanced capabilities for the United States Space Force, and maintaining the “gold standard” for position, navigation and timing.”

Here are some key highlights of GPS III-03 :