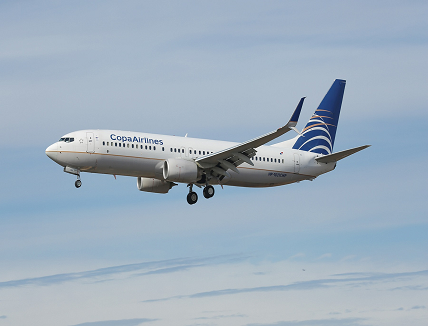 Copa Airlines, the second-largest 737 aircraft operator in Latin America, has selected Collins Aerospace to retrofit its fleet of 737NG aircraft with new wheels and carbon brakes. The award marks the largest wheel and carbon brake upgrade Collins has ever performed for a Latin American airline.

“To proactively prepare for the airline industry’s recovery, Copa opted to upgrade its 737NG fleet to the Collins wheel and brake due to its superior brake life and overall lower cost of ownership,” said Cory May, general manager, Aftermarket Landing Systems for Collins Aerospace. “We’re proud to partner with Copa on this program and pleased to now supply carbon wheels and brakes for its entire fleet of 737 aircraft, including the 737MAX. Collins is excited to continue supporting Copa on its path to becoming one of the largest operators in Latin America.”

“As one of the largest airlines in Latin America operating many long-haul flights on our Boeing 737-800, we need wheels and brakes that are dependable and a service provider with a worldwide support network we can count on,” said Rafael Samudio, vice president, Technical Operations for Copa Airlines. “Collins provides us not only both, but also with an opportunity to improve in our cost control efforts.”