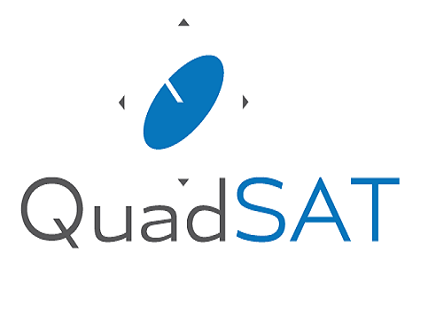 SES and QuadSAT have jointly performed a ground segment Satcom Antenna Validation campaign. Using QuadSAT’s revolutionary new drone technology, this mission redefines the possibilities for antenna diagnostics within the framework of Industry 4.0. By obtaining accurate antenna performance data from anywhere in the world from Original Equipment Manufacturers (OEMs), SES was able to quickly validate new antenna models to be added to their satellite networks, mitigating the risk of generating interference on their own satellite or adjacent satellites.

On behalf of SES, QuadSAT assessed 12 commercial maritime antennas, using its drone-based solution for antenna diagnostics. The innovative technology is deployable in a matter of hours and operates globally. The system is a fully automated drone solution equipped with a unique Radio Frequency (RF) payload.

The tests took place at two different sites and enabled SES to investigate the performance of a wide range of antennas supplied by various manufacturers. The speed of QuadSAT’s departure from Denmark, operational set-up on-site, to the start of the actual test reflects the simplicity of operation.

The data gathered is fundamental to the collaboration between satellite operators, antenna manufacturers and service providers, but has historically been challenging to obtain. With QuadSAT’s solution, the tests could be easily and efficiently performed over a period of just 23 days, including travel and setting up operations at two different sites. This time frame included processing the results, which were subsequently delivered to SES from the test sites.

Alastair Campbell, Vice President at SES, commented: “A measurement campaign of this size would have been a substantial effort for SES to undertake, had it not been for QuadSAT and the new drone technology they have brought to the market. Improved access to antenna testing is essential across many parts of the satellite industry value chain”.

Joakim Espeland, CEO at QuadSAT, stated: “No antenna should transmit to a satellite without being verified. Adding underperforming antennas to a satellite network degrades satellite communications and is costly for operators to mitigate retroactively. It is reassuring to see satellite operators such as SES recognising the importance of antenna verification and taking the responsibility to avoid interference in space. We are proud that our technology could further enhance SES’s verification capabilities. SES has been validating this technology for the last 3 years. QuadSAT’s maturity in the Satcom sector made it possible to meet SES demands in this comprehensive test campaign.”.

This technological leap in antenna diagnostics is a testament to how performance data on antennas can now be collected in a completely new and unique way before connecting to a satellite network. QuadSAT is in the market and customers can use services provided by QuadSAT or own their own systems.