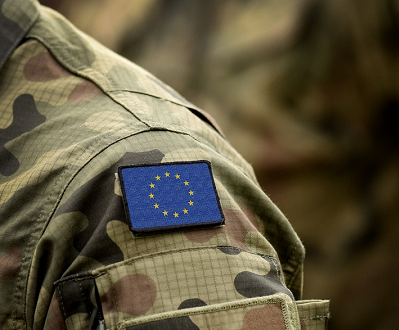 Technology multinational GMV was awarded seven projects by the European Commission in the first call of the European Defence Fund (EDF). The EDF is intended to sharpen the competitiveness of the European Union defense industry and thus strengthen the EU’s strategic autonomy. It was allocated a budget of €1.2 billion for 2021.

The program aims to support the EU defense industry’s equipment- and technology-development efforts by means of EU co-funding. The seven projects in which GMV is taking part from this call account for €347.6 million, around 29% of the total budget.

GMV’s involvement once again targets strategic areas for the company. In fact, the value it brings to the table was crucial in clinching these deals, which in turn will improve the company’s international standing with respect to key technologies. The awarded projects will focus on developing missile defense system capabilities, systems for dismounted soldiers, avionics, command and control, navigation, and cyberdefense. In alphabetical order they are as follows:

GMV’s fine results in the past European Defence Industrial Development Programme (EDIDP) calls were key to the company being chosen again by the EDP, strengthening its hand even more in the EU’s Preparatory Action on Defense Research (PADR) and building on its excellent results under the 2019 and 2020 EDIDP calls. Taking in this first EDF call and the two EDIDP calls, GMV has been awarded 19 projects in all, making it one of the leading European companies in terms of number of projects and the leader in the mid-cap category.

The company considers it fundamental to ensure ongoing continuity in Europe’s defense initiatives and therefore greatly commends these results, which reinforce its capabilities in technologies such navigation and avionics, artificial intelligence, and command and control.

This outcome confirms GMV’s cooperative attitude within Europe, winning it a place among the main European companies in terms of EDIDP and EDF participation and ensuring it a prime position for taking on the next phases of the European Defence Fund.