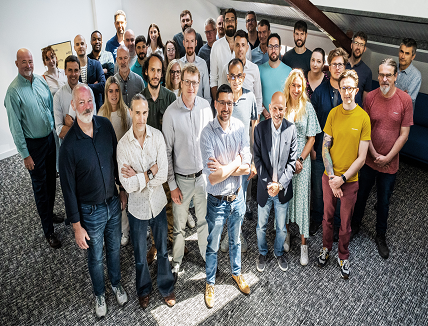 The funding round will enable FocalPoint to continue in its mission to revolutionise the accuracy of GPS and other global navigation satellite systems (GNSS) by scaling up its customer support operations to meet the growing demands of equipment and chipset manufacturers as well as grow its R&D teams and pursue opportunities in other radio technologies, including 5G and WiFi.

FocalPoint was founded to address inaccuracies of current receivers and bring navigation positioning better in line with the demands of businesses and individuals in the 21st century. Currently, over a trillion dollars of the US economy and over 800 billion euros of the European economy depend on its positioning and timing systems.

This latest round follows the announcement earlier this year that FocalPoint had secured funding from the European Space Agency to develop a live demonstration and rapid prototyping system to accelerate FocalPoint’s activities in the automotive and mobile sector.

Since its successful £6m Series B funding round in 2021 with Molten Ventures, then Draper Espirit, as the sole investor, FocalPoint has almost doubled its headcount across its offices spanning the U.K. and U.S. and brought in former Broadcom SVP Scott Pomerantz as its new Chief Executive Officer alongside other senior exeutives with deep experience in building and scaling technology firms.

FocalPoint’s groundbreaking Supercorrelation software enables a new class of satellite positioning receiver that can measure the directions of the incoming signals, allowing them to ignore reflected signals and fake ‘spoofed’ signals, making them more accurate in cities and more resilient against spoofing attacks.

Spoofing is used by criminal networks, maritime pirates, and fraudsters to broadcast fake satellite signals and confuse the receiver. This is a critical threat to business and consumers, particularly as the criminals become more sophisticated and the cost of spoofing technology comes down.

Security agencies have detected a marked increase in spoofing activity in Ukraine and in regions close to Russia’s borders, causing the European Union Aviation Safety Agency to issue a warning to commercial aviation in the area.

FocalPoint’s unique technology can instantly detect fake signals as spoofers and ignore those signals and pinpoint where in the physical environment the signal is coming from. It is the only consumer-grade product in the market capable of these unique performance characteristics.

FocalPoint CEO Scott Pomerantz commented: “We are delighted at this show of confidence in FocalPoint from new and established investors amidst a challenging market backdrop. Our IP portfolio is strong, this injection of capital will enable us to move faster to meet the demands of several big customers in the US and South East Asia, and to accelerate our IP portfolio growth.”

FocalPoint Founder, President and CTO Ramsey Faragher commented: “It has been an amazing experience to grow this company from an idea in my head to an established and world-leading GNSS technology provider. As we continue to add more GNSS customers and partners to our list, I’m excited to be now developing further IP to grow our footprint into other radio technologies and even larger markets.”