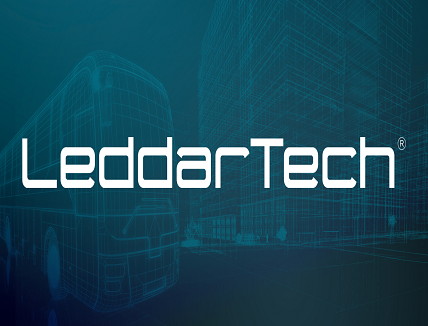 LeddarTech announce the appointment of Mr. Yann Delabrière to its Board of Directors, which further enhances the diversity and industry expertise of the Board.

Mr. Delabrière possesses over 30 years of experience in senior executive positions in the aerospace, identity, security, and automotive industries. Mr. Delabrière presently occupies the role of Non-Executive Director of ST Microelectronics. He also currently holds the position of Chairman of the Board of IDEMIA, a global leader in augmented reality, where he previously served as President and CEO. Mr. Delabrière also acts as Lead Independent Director of Alstom S.A., an industry giant that develops and markets integrated systems that provide sustainable foundations for the future of transportation.

Between 1983 and 2018, Mr. Delabrière also lent his executive experience to the aerospace, identity, and security industries.

Zodiac Aerospace: Advisor to the Board and then CEO of the company. During Mr. Delabrière’s tenure, he restructured and oversaw the company’s sale to Safran Group in 2018.

Capgemini: Served as a Non-Executive Director and Chairman of the company’s audit committee.

COFACE: CFO for the French export credit agency after a term with the French Court of Auditors and three years within the French Foreign Trade Ministry beginning in 1983.

“The LeddarTech Board of Directors is very pleased to welcome Yann Delabrière to the LeddarTech team,” stated Mr. Michel Brûlé, chairman of the Board of LeddarTech. “Yann will be a tremendous asset to the board of LeddarTech; his background in artificial intelligence, foreign trade, automotive, and manufacturing will contribute greatly to the continued growth and success of LeddarTech,” Mr. Brûlé concluded.

“LeddarTech has been on an amazing trajectory over the past year which has included two acquisitions and engagement with several major customers and strategic partners,” stated Charles Boulanger, CEO of LeddarTech. “I am especially proud of the long-term agreement reached with OSRAM that was publicly announced on January 20, 2021 to provide our industry-leading LiDAR hardware and software components into OSRAM’s PERCEPT LiDAR platform. The extensive industry expertise that Yann brings to our Board of Directors further augments our growth strategy as a market leader in sensing solutions for ADAS and AD applications,” Mr. Boulanger concluded.

Mr. Delabrière holds a PhD in Mathematics, having graduated from the École Normale Supérieure and the École Nationale d’Administration. He is also a Chevalier de la Légion d’Honneur (Knight of the Legion of Honor) and Officier de l’Ordre National du Mérite (Officer of the National Order of Merit).