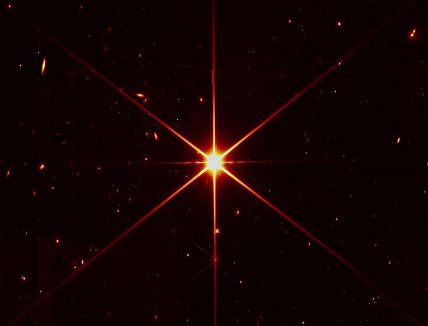 L3Harris Technologies engineers integrated a complex system of mirrors on NASA’s James Webb Space Telescope, then simulated the harsh conditions of space to rigorously test the functions, ensuring the successful capture of ancient light providing insights into the universe’s origins.

More than a decade of careful, methodical work by L3Harris, dating back to 2003, led to the successful 18-mirror alignment just announced by NASA, confirming Webb’s ‘eye’ is working as designed, resulting in a “fully focused image of a single star.”

After integrating the complex system of mirrors, a team of L3Harris engineers performed a series of optical tests using a cryogenic vacuum chamber at NASA’s Johnson Space Center to assess the telescope’s ability to operate in harsh space conditions. The recent successful image capture proves the L3Harris integration and testing paid off, paving the way for this scientific progress.

“There are no second chances one million miles from Earth,” said Ed Zoiss, president, L3Harris Space and Airborne Systems. “Accurately replicating the environment where the Webb telescope would operate and testing it with increasing fidelity and complexity here on earth was essential to building confidence it would perform flawlessly to support this important scientific mission.” The telescope reached its orbit at the second Lagrange point Jan. 24, one month after launch.

L3Harris engineers integrated the mirrors for the Optical Telescope Element (OTE) – the eye of the telescope observatory, as well as installed the Integrated Science Instrument Module (ISIM) into the OTE structure, resulting in such precise alignment. The OTE will collect light to create sharp images of deep space and light from atmospheres of exoplanets never seen before. The ISIM holds the four science instruments that will gather light delivered by the telescope and produce images and spectra.

Webb is the largest space telescope ever built — two-and-a-half times larger in diameter and six times larger in area than the Hubble Space Telescope. Thousands of engineers and scientists worked on the Webb telescope from an international consortium of NASA, the European Space Agency, the Canadian Space Agency, 300 universities, organizations and companies in 29 U.S. states and 14 countries.

“The James Webb Space Telescope is possible because of engineers, including those at L3Harris, who rigorously engineered elements of the spacecraft,” Zoiss said. “Building, integrating and testing spacecraft and components is a core capability at L3Harris, dating back to the early days of NASA and continuing for new missions.”

L3Harris is building the optical telescope for the Nancy Grace Roman Space Telescope, which will study dark energy, dark matter, exoplanets and infrared astrophysics. The company is also supporting NASA Orion’s first crewed flight, and designing and building the engineering development unit telescopes for the Laser Interferometer Space Antenna, which will demonstrate the ability to measure gravitational waves in space.

Information about L3Harris’ role on the Webb telescope and other missions will be available during the 37th Space Symposium April 4-7 in Colorado Springs, Colo.