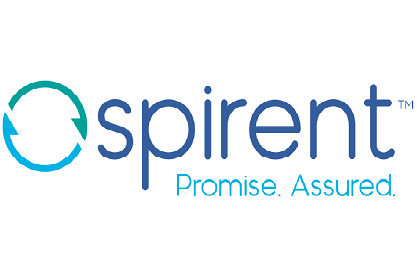 Spirent Communications plc the world leader in Position, Navigation and Timing (PNT) testing and assurance solutions, today announced that its Positioning Technology business has been honoured with a prestigious Queen’s Award for Enterprise.

Spirent is one of only 226 organisations in the UK to be recognised with the Queen’s Award, which acknowledges the company’s excellence in international trade. Spirent is headquartered in the UK with its Positioning business located in Paignton, Devon, developing and manufacturing the world’s leading Positioning, Navigation and Timing (PNT) test solutions. It also has a research and development facility in Daventry, Northamptonshire.

“As reliance on PNT technology continues to grow, our Positioning Technology business is the trusted partner of the world’s foremost PNT developers, delivering maximum performance without compromise through our dedicated test and validation solutions,” said Martin Foulger, General Manager, Spirent Positioning. “We are honoured to receive the prestigious Queen’s Award accolade, which is testament to the hard work of our employees in enabling us to achieve such tremendous success worldwide.”

Powered by its international trade, Spirent Positioning’s exports outside of the UK represent a significant proportion of its business, serving a global customer base across five continents and more than 40 countries. Its technology has represented the global gold standard for commercial and government research and development facilities since the inception of the Global Positioning System (GPS).

Its core business is the simulation of Global Navigation Satellite System (GNSS) signals in laboratories for the development of applications which are used in the world’s most advanced aircraft, chipsets, satellites, smartphones, cars, autonomous systems, marine vessels, and defence systems, as well as the navigation systems themselves.

“Market leaders who are developing PNT applications have placed their trust in our test solutions for decades due to our unrivalled performance, realism and reliability,” said Foulger. “Furthermore, Spirent expertise is directly enabling and driving innovation in connected and autonomous vehicles and machine learning, as well as helping to make the world more sustainable through working closely with fields such as smart cities and precision agriculture.”

Now in its 56th year, the Queen’s Awards for Enterprise are the most prestigious awards for businesses in the UK and is a globally recognised royal seal of approval for companies. As a winner of the award, Spirent is permitted to display the esteemed Queen’s Awards Emblem for the next five years.