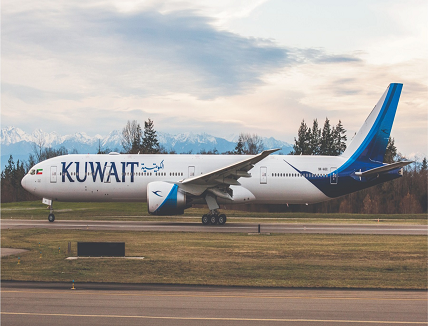 With the global volume of daily ACARS messages continuing to grow, Kuwait Airways and Collins Aerospace have taken an important step to help ease the congestion of VHF traffic in busy areas. Using Collins’ Ground Flight Operations and Maintenance Exchanger (Ground FOMAX), two of Kuwait Airways’ A330NEO aircraft are now able to uplink and downlink non-critical and non-Air Traffic Control messages via an Internet Protocol (IP) link. This reduces the reliance on traditional VHF/VDL or Satcom media — reducing communication traffic and lowering costs for the airline.

Developed in partnership with Airbus, Ground FOMAX provides a connection through a VPN-secured IP connection between the aircraft and the ground. The messages are then routed by ARINC’s Ground Messaging Processor (GMP) through the ARINC Global Network in the same format as ACARS messages today. This helps airlines manage the costs associated with sending these messages and provides an ACARS connection at airports where no VHF coverage is present.

“As aircraft become more data-intensive, this additional information “pipeline” is critical to the efficiency of airlines, airports and air traffic control,” said Clotilde Enel-Rehel, general manager for Commercial Aviation & Network Services for Collins Aerospace. “Kuwait Airways will serve as a great example of how nearly 80 percent of ACARS traffic can be routed through an IP system, as well as utilizing both ground cellular connectivity and inflight cabin connectivity to offload ACARS over IP.”

The Ground FOMAX AOIP solution is fully integrated on all new Airbus A320 and A330 aircraft and does not require changes to the airline’s ground ACARS system. The solution can also be fully integrated with traditional non-IP ACARS media to ensure full interoperability. Collins Aerospace is currently working with 10 additional airlines to deploy AOIP in 2022.