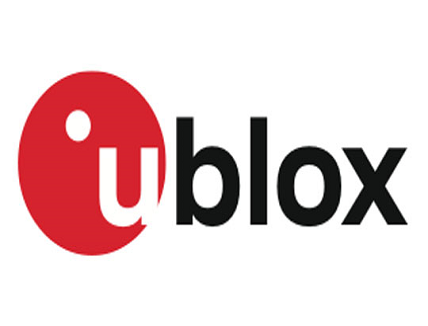 u-blox cautions against negative impacts of the US FCC’s recent approval of the use of a previously protected portion of the L band for terrestrial communication on global navigation satellite systems (GNSS) such as GPS and, subsequently, on our large US customer base.

These signals threaten to disrupt the operation of GNSS receivers from any manufacturer operating in the vicinity of a Ligado base station or compatible cellular handset. In an internal study on the susceptibility of u-blox GNSS receivers to interference resulting from such activity, we confirmed that the transmissions would disrupt the operation of nearby GNSS receivers. Our findings, outlined in an application note, show that GNSS receivers would suffer performance losses anywhere near a transmitting Ligado handset and when located up to one kilometer from a Ligado base station, a greater distance than the permitted separation between base stations.

Although we have developed recommendations to mitigate these disruptions, it is important to note that implementing these on millions of deployed products would involve a considerable cost and an inconvenience to our customers and would also affect GNSS receiver performance to some extent. The same would be true for receivers from any other manufacturer.

The FCC’s decision was justified based on supposed measurements of the levels of interference causing harm to GNSS receiver operation. Drawing on our extensive expertise in this area, u-blox completely rejects the criteria employed in this testing. As a wide range of other GNSS providers and technical experts have already attested, the only generally accepted criterion for harmful interference is a level of interference that results in a 1 dB reduction in the carrier-to-noise ratio measured by a GNSS receiver.

Protecting our US customer base

u-blox makes GNSS receiver chips and modules that are incorporated by thousands of manufacturers into equipment for use in a very wide range of applications in the USA. These applications include vehicle navigation, automated driver assistance, drone navigation, vehicle fleet tracking, asset tracking, wearable applications, machine control, base station synchronization and more. There are several generations of u-blox GNSS receivers in use in the millions of devices deployed in the USA across these application areas.

For decades, our customers have successfully designed their products to handle the expected levels of GNSS interference based on the absence of high-powered signals in nearby frequency bands. Now, in one fell swoop, the FCC has swept away that protection, leaving almost tens of millions of GNSS receiver applications at risk.

An unnecessary obstacle for autonomous vehicles and 5G

u-blox is also deeply involved in the development of products for future applications that will also be affected by this decision. One example is autonomous cars and trucks. Although these systems will use a range of sensors, GNSS is the only available source of absolute position information that most automotive manufacturers now recognize as being vital for high levels of autonomy. As this application is safety critical, high integrity GNSS receivers are required. u-blox is involved in the development and deployment of such solutions.

The presence of strong signals at frequencies close to GNSS frequencies will negatively impact the integrity performance of high integrity GNSS receivers. To address the reduction in integrity, car manufacturers will be forced to delay the deployment of autonomous vehicles in USA, the birthplace of GPS.

Even more paradoxical are the implications for the 5G deployments that the FCC’s decision is meant to help facilitate. Public 5G cellular networks will require many more base stations than 4G networks. In urban areas and indoors, GNSS receivers will be required to keep these base stations in synch. But because these GNSS receivers will rely on fewer and even weaker signals than most GNSS receivers, their reliability and accuracy will be even more degraded by interference from strong cellular signals at frequencies close to the GNSS frequencies.

For the reasons stated above, u-blox strongly recommends that the FCC restore the original protection provided to the frequencies near the GNSS frequencies and prevent these frequencies from being used for terrestrial wireless communication – under any circumstances.