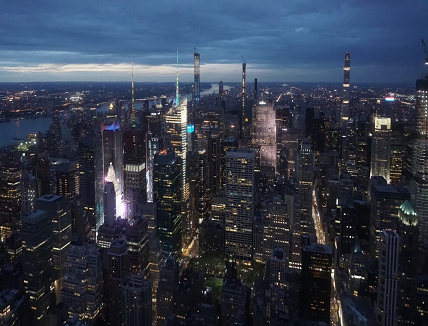 NextNav has successfully demonstrated the timing precision and resilience of its terrestrial Position, Navigation, and Timing (PNT) system, TerraPoiNT, in a recent evaluation by the Science & Technology Directorate (S&T) of the Department of Homeland Security (DHS). The trial, an industry-first, tested the timing redundancy of the TerraPoiNT system in a number of scenarios, including instances of GPS outages, spoofing, and jamming. It validates TerraPoiNT’s capabilities as a terrestrial, GPS-free network capable of powering critical national infrastructure in the event of GPS failure.

“GPS is critical infrastructure, but it has its limitations,” said Ganesh Pattabiraman, co-founder and CEO of NextNav. “In working with DHS S&T, we’ve validated that TerraPoiNT can serve as an important backup to GPS and ensure the resilience and continuity of our nation’s most critical systems, including next-generation telecommunications networks, financial services, and power grids.”

The successful trial builds on recent evaluations of TerraPoiNT conducted by independent bodies. Earlier this year, the Department of Transportation (DOT) evaluated 11 alternate PNT solutions, in which each was rigorously tested across applications and scenarios. As a result of the evaluation, the DOT named TerraPoiNT the best and only performing solution across all PNT categories.

In June, NextNav entered into a definitive merger agreement with Spartacus Acquisition Corporation (NASDAQ: TMTS, TMTSW, and TMTSU) (“Spartacus”) in a transaction that would result in NextNav being listed on the Nasdaq. The transaction is expected to close late in the third quarter of 2021 or early in the fourth quarter of 2021, subject to satisfaction of customary closing conditions.