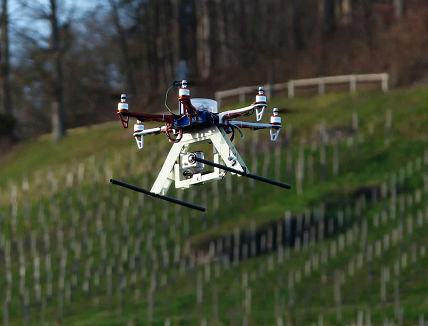 India’s Drone (Unmanned Aerial Vehicle, or UAV) Industry is gaining significant increase and is expected to reach $1,810 million by FY 2026, representing a 14.61 per cent CAGR. Finance Minister Nirmala Sitharaman, during her Union Budget 2022 speech announced the Agriculture & Drone Budget 2022 with “Drone Shakti” initiative highlighting the Drone Technology with a special focus on Indian Agriculture sector and upskilling to empower start-ups working in drone technologies in India.

Drone Shakti initiative or the ‘power of drones’ is a scheme proposed by the government to boost or promote the ‘Drone-As-A-Service (DrAAS)’ through startups in the country. This initiative is expected to involve drones developed by Indian startups, in agriculture, trade, logistics and much more.

Stressing the importance of drones in startups the finance minister further said that the industry needs to go through upskilling and increased hiring to meet the growing business needs. She said, “Startups will be promoted to facilitate Drone Shakti through varied applications and for drones as a service.”

Here are some of the Highlights of Union Budget 2022 for Indian Drone & Agriculture Sector.

Dedicated fund is to be set up for agritech start-ups in the country, offering financial backup to start-ups interested in venturing into agriculture and rural enterprises, driving a wave of technology in Agri & farming sector.

During the Covid-19 pandemic there was a large-scale adoption of drones by the government agencies and the technology has been greatly welcomed. India Budget 2022 has paved the way for applications of drone technology in various sectors including startups and agriculture. The Drone Shakti scheme and INR 120 Cr Production Linked Incentive (PLI) scheme for drone and drone components would not only help in increasing the domestic manufacturing but will also create employment opportunities for the youth and generating a supplier ecosystem for the industry in India.

As the government is opening the doors for the drone industry in India more companies and startups will gear up for their investments in this sector. Various Drone makers and service providers are planning to further bring down drone prices and ramping up their product offerings after the introduction of the Scheme by the government.

The collaboration of Drone Industry with farmers will make India’s agricultural sector future-ready and will drive faster adoption of UAVs in the country. The launch of new drone corridors and Government focus on Aatamnirbhar Bharat and support for incentivising local manufacturers will transform the scenario of drone industry across different sectors in the country.