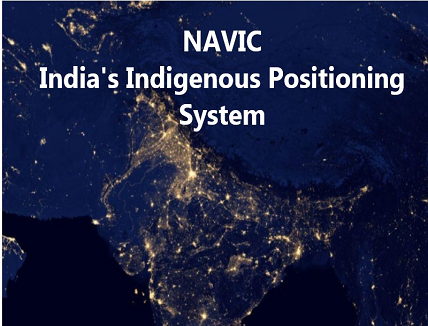 India has taken the lead in the field of Global Positioning Navigation System (GNSS) industry by becoming the fourth country in the world to have its own independent regional Satellite Navigation system after US, Russia and China. ISRO (Indian Space Research Organisation) developed NavIC or Indian Regional Navigation Satellite System (IRNSS) has got the recognition from International Maritime Organisation (IMO) as a component of the World-Wide Radio Navigation System (WWRNS). The Indian GPS system got approval in the 102nd meeting of Maritime Safety Committee of IMO (MSC-102) which was held in the month of November 2020.

The International Maritime Organization (IMO) is the specialized agency of the United Nation which holds the responsibility for the security, safety and environmental performance of international shipping and also the prevention of marine and atmospheric pollution by ships. At the virtual 102nd session of IMO, NavIC was represented by the Directorate General of Shipping (DGS), Ministry of Ports, Shipping and Waterways along with technical team support from ISRO and finally got recognised after two years of waiting.

The IMO committee declared that NavIC fulfill all the operational requirements and approved it for the navigation of ships in ocean waters within the area covered by 55 degrees of East longitude, 50 degrees of North latitude, 110 degrees of East longitude and 5 degrees of South latitude. This navigation system is fully operated by India, designed to provide the accurate real time positioning information and services for maritime navigation, civilians and Indian military purposes by focusing on Indian mainland and its adjoining regions only.

NavIc is an autonomous regional satellite navigation system which has Geostationary satellites whose positions are fixed with respect to certain locations in India. It covers the positioning information with great accuracy due to its dual band frequency system and is said to be more advanced than GPS. It provide better accuracy more than 20 meters within its primary range service area in addition to extension upto 1500 km outside the borders of the country with higher resolution capability along with wider extended service area.

The latest development will enable the utilisation of NavIC in various fields such as:

This had been a great achievement for India and also for Indian Space Research Organisation (ISRO), Directorate General of Shipping (DGS), Ministry of Ports, Shipping and Waterways (MoPSW). The Indian government aim to increase the use of its IRNSS and has further plans to commercialise it. The government is promoting its positioning technology and encouraging companies to design, develop, manufacture and deploy NavIC by facilitating their market entry of NavIC in the market of tracking and navigation system.

MeitY (Ministry of Electronics and Information Technology) has invited proposals from industries, including startups and MSMEs. There is a requirement for 10 lakh receiver chipsets from MeitYs part, as per an RFP issued on 27 November. These chipsets should be capable of improving the position accuracy in urban areas and ability to improve the overall signal availability and also supportive additional messaging facility – which the GPS-only receiver chips are incapable of providing.