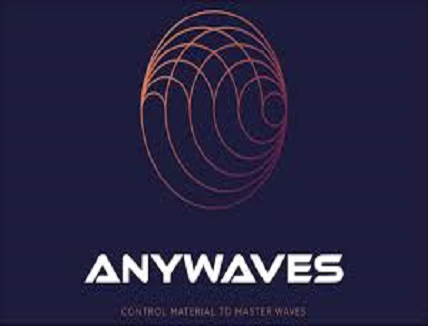 ANYWAVES has been selected by the French Space Agency (CNES) to demonstrate the technical feasibility of a Reflectarray antenna for nanosats. Selected from a call for tender, the French manufacturer is now launching the development of a folding antenna, Reflectarray type, working from the X to the Ka band
and perfectly suited to the smallest platforms.

The goal is to develop the French industrial sector of wide beam coverage folding antennas and pave the way to new solar system missions and commercial applications in low Earth orbit.

The interest France and Europe pay to solar missions keeps on growing and it is now time to shift towards next generation communications involving downlinks and inter-satellites links, with a particular effort on long distance communications between a small platform and Earth.

It is in this context, impelled by NASA and its MarCO-A and MarCO-B cubesats equipped with a X-band Reflectarray technology, that the French Space Agency launched a call for tender to demonstrate the technical feasibility of this solution, up to the Ka-band, by the French industrial sector. To face this challenge, ANYWAVES will be surrounded by major actors from the New Space such as CLIX Industries, COMAT and MECANO ID.

The project was launched on December 16th. It is divided into three steps and the very first one, planned to last 12 months, will be dedicated to the manufacturing of a Reflectarray antenna demonstrator. The next steps will be about developing and qualifying an engineering model and then testing a flight model for the first opening mission. The final goal is to dispose of a Reflectarray antenna made of several panels, suited to 6, 12 or 16U platforms and suitable for RF operations from X to Ka bands.

Winning this call for tender is the opportunity for ANYWAVES to initiate the French sector of Reflectarray to nanosats. Its ambition is to become the very first European antenna equipment manufacturer to put into orbit a Ka-band Reflectarray suited to commercial needs.

This is the occasion to develop ANYWAVES’ portfolio, to go upmarket and to offer new payload antennas. This perfectly matches ANYWAVES’s roadmap

What is a Reflectarray?

Emulating the conduct of a parabolic reflector thanks to material structuration, this technology is made of plane panels folded over each other and folded again on a carrier. The Reflectarray antenna is both compact and easy to deploy, perfectly suited to the space constraints that small sats imply.

Its plan panels include an active face that reflects RF waves and controls the phase locally
reflected. It also includes a structure which guarantees rigidity and stability. This is supplemented by folding and / or panels guiding mechanisms, positioning and/or locking devices between the lateral and the central sections plus a passive thermal control.

The Reflectarray ANYWAVES is about to develop on behalf of the French Space Agency will work from X to Ka band, Ka-band being the frequency the most suited to long distance communications and so to very distant missions such as Mars exploration.