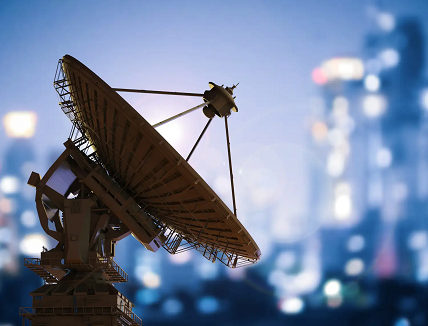 According to a new research report from specialist IoT analyst firm Berg Insight, the global satellite IoT communications market is growing at a good steady pace. Despite the impact of the COVID-19 pandemic, the global satellite IoT subscriber base grew to surpass 3.4 million in 2020. The number of satellite IoT subscribers will increase at a compound annual growth rate (CAGR) of 35.8 percent to reach 15.7 million units in 2025. Only about 10 percent of the Earth’s surface has access to terrestrial connectivity services which leaves a massive opportunity for satellite IoT communications. Satellite connectivity provides a complement to terrestrial cellular and non-cellular networks in remote locations, especially useful for applications in agriculture, asset tracking, maritime and intermodal transportation, oil and gas industry exploration, utilities, construction and governments. Both incumbent satellite operators and more than two dozen new initiatives are now betting on the IoT connectivity market. This new study covers a total of 38 satellite IoT operators.

“Orbcomm, Inmarsat, Iridium and Globalstar are the largest satellite IoT network operators today“, says Johan Fagerberg, Principal Analyst at Berg Insight. Originally a dedicated satellite operator, Orbcomm has transitioned into an end-to-end solution provider, delivering services on its own satellite network as well as being a reseller partner of Inmarsat and others. At the end of 2020, the company had 1.2 million satellite IoT subscribers on its own and Inmarsat’s networks. At the same time Iridium and Globalstar had 1.1 million and 0.4 million subscribers respectively. Other players with connections in the tens of thousands include for instance Kineis in France and Thuraya in the UAE. In addition to the incumbent satellite operators a number of new initiatives have appeared on the market recently. Examples of some high-profile projects are Astrocast, CASC/CASIC, Fleet Space Technologies, Hiber, Ingenu, Kepler Communications, Lynk, Myriota, Skylo, Swarm Technologies (SpaceX) and Totum Labs. Many of these are based on low-earth orbit nano satellite concepts. “While most rely on proprietary satellite connectivity technologies to support IoT devices, several are starting to leverage terrestrial wireless IoT connectivity technologies including OQ Technology, AST SpaceMobile, Omnispace, Sateliot and Galaxy Space (3GPP 4G/5G); EchoStar Mobile and Lacuna Space (LoRaWAN); and Eutelsat (Sigfox)”, concludes Mr Fagerberg.