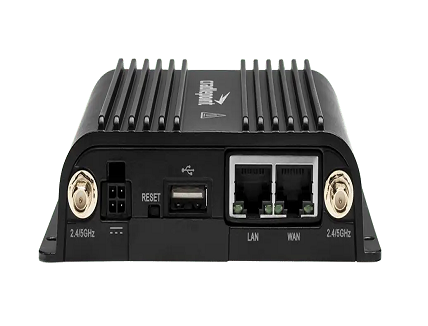 Berg Insight released new findings about the market for cellular IoT gateways and routers. Close to 3.7 million cellular IoT gateways were shipped globally during 2020, at a total market value of approximately US$ 1.01 billion. Annual sales were flat compared to the previous year, though several major vendors were significantly affected by the COVID-19 pandemic as many projects were delayed or entirely frozen. Until 2025, annual shipments of cellular IoT gateways are forecasted to grow at a compound annual growth rate (CAGR) of 14 percent to reach 7.2 million at the end of the forecast period. Cellular IoT gateways are standalone devices intended for connecting machines to a cellular network. These include general-purpose cellular gateways, routers and modems that are enclosed in a chassis and have at least one input/output port. Trackers, telematics devices and other specialised devices are excluded from this report.

Cradlepoint, part of Ericsson since late 2020, has consistently managed to grow above the market average and is today the clear leader in the space. Other vendors that hold significant market shares are Cisco, Sierra Wireless, Digi International and Teltonika Networks, of which the latter has emerged as the largest vendor in Europe. These five vendors generated more than US$ 500 million in combined annual revenues from the sales of cellular IoT gateways and routers and hold a market share of 56 percent. Other important vendors include MultiTech, Systech, Casa Systems and Lantronix in the US; Robustel, InHand Networks, Peplink and Hongdian in Asia-Pacific; and HMS Networks, Advantech, Matrix Electrónica, Netmodule and Westermo in Europe. The European and Asia Pacific markets are fragmented with a large number of small and medium sized players that generate annual revenues in the range of US$ 3–10 million.

“While an increasing number of businesses already take advantage of the fast deployment time and ease of use of cellular solutions, the trend is expected to accelerate in the 5G era“, said Fredrik Stalbrand, Senior Analyst, Berg Insight. As the cost per GB decreases, 5G solutions will become an increasingly attractive alternative to fixed broadband and over time reach a price level comparable to a fixed broadband subscription. Following the commercial availability of 5G modules in mid-2020, several cellular IoT gateway vendors have introduced devices supporting 5G connectivity in the sub-6 GHz bands. “The first main target application areas are branch and in-vehicle connectivity“, concluded Mr. Stalbrand.