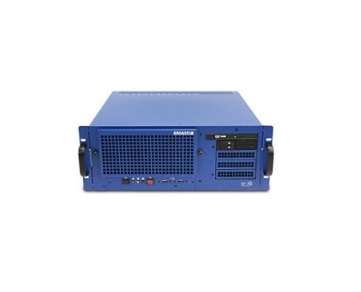 These new simulator systems will enable better testing of widely deployed military GPS receivers, which are integrated into air and ground-based Positioning, Navigation and Timing (PNT) systems. BroadSim will be leveraged with Orolia’s PANACEA test suite, currently utilized by the U.S. military to conduct automated testing and analysis for PNT system performance, vulnerabilities, and more.

BroadSim will bring versatility to the testing process by supporting diverse test methods and environments such as a laboratory setting, or an Over-The-Air (OTA) field test event. BroadSim was selected based on its flexibility to support the ever-changing military tasks at hand. It can be easily configured to support laboratory testing one day, and field testing the next with its four independent RF outputs, removable drives, and software-defined architecture.

“Equipping our actively deployed warfighters with state-of-the-art technology is of utmost importance and can mean the difference between mission success and failure. To help achieve that goal, Orolia’s GPS testing and simulation solutions ensure that these systems are battlefield ready,” said Tyler Hohman, Orolia Defense and Security’s Director of Products.

Now more than ever, strong relationships between government and industry are vital to drive innovation and maximize the impact of available resources. The U.S. military and other federal agencies such as DHS host several test events per year where industry partners are invited to participate, such as  GPS Testing for Critical Infrastructure (GET-CI). Orolia will host a webinar on this topic on Thursday, July 16 at 2:00 PM EDT, titled “PNT Vulnerability Testing for Critical Infrastructure – Lessons Learned from Defense.”

The federal government considers PNT to be a critical aspect of mission success, as outlined in this recent C4ISRNET Whitepaper “Protecting the U.S. Military PNT Advantage from GPS Jamming and Spoofing” and defined in the PNT Executive Order. For the 2021 federal fiscal year, the U.S. Army alone budgeted over $275 million towards Assured PNT Research, Development, Test & Evaluation (RDT&E), as published in the 2021 Defense Budget.