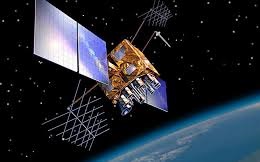 What is NAVIC or Indian Regional Navigation Satellite System (IRNSS)

Indian Regional Navigation Satellite System (IRNSS) or NavIc is an independent regional satellite navigation system developed by ISRO. This Indian made navigation system is fully operated by India which is designed to provide the accurate real time positioning information and services for the civilians and Indian military purposes by focusing on India and its adjoining regions only, with plans for further extensions of the system.

To replace or to avoid its dependency on the US Air Force owned satellite-based radio navigation system GPS, India designed its own navigation system. The purpose behind NavIc is to have the complete independent authority of navigation system for the military purposes of the country without being dependent upon encrypted system data sources of any other country.

NavIc has Geostationary satellites whose positions are fixed with respect to certain locations which is India in this case and thus called a regional navigation system. It covers the positioning information with great accuracy due to its dual band frequency system. It provide better accuracy more than 20 meters within its primary range service area in addition to extension upto 1500 km outside the borders of the country with higher resolution capability along with wider extended service area.

NavIc is GEO and GSO based navigation system which has 7 satellites positioned in the high orbit of earth at an altitude of 35,000 km from its surface. India being close to the equator has an advantage of using the Geostationary orbit that allows the use of less satellites for the working purpose.

NavIc uses 3 satellites in Geostationary orbit (GEO) stationed at 32, 83 and 131 degrees respectively and remaining 4 satellites at Geosynchronous orbit (GSO) at 55 and 111 degrees for better and more coverage.

It has two band antenna S band and L band having a difference of 1 gigahertz between them which make delay analysis possible between the bands and thus provide more accuracy than GPS which uses a single band frequency making the signal slow and complex to calculate. This dual frequency bands help to keep the data or signal unaffected and correct due to any fluctuations in the weather.

A small data link is also added in the system so that by broadcasting a data can be send immediately in case of any upcoming marine disaster or any mishap in the ocean or nearby sea coast to the coastguard receivers for issuing high alert and evacuation of the region if required. It could be beneficial for the commercial purposes of shipment, and also for Indian Navy for tackling the pirates attack.

The future plan is to make NavIC a Global Indian Navigational System (GINS) which will use 24 satellites stationed at 24,000 km (MEO) orbit so as to make it more efficient and useable in the entire earth globally to help the armed forces of the country.

The upcoming smartphones in India will have the inbuilt technology of the NavIc system that will be helpful for the mariners and fishermen. A further enhancement is going on in the system to make it more suitable and efficient to provide the users of the country with precise time and location mapping in remote with visual and voice navigation.