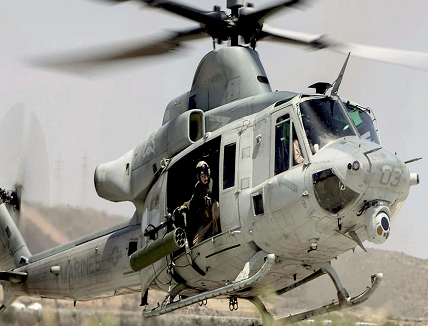 “Our commitment to product service and support ensures customers derive the highest level of performance over the lifespan of every system we offer,” said JihFen Lei, executive vice president and general manager of Teledyne FLIR Defense. “We’re proud to provide the U.S. Navy, Coast Guard, and Marine Corps with world-class surveillance technology and help them maintain these sensors to detect any threat, anywhere, on land, maritime and airborne platforms.”

The Star SAFIRE and BRITE Star family of systems are manufactured in Wilsonville, Oregon and offer users superior image stabilization, ultra-long range performance, and internal navigation for precise targeting. The systems are fully hardened for military fixed-wing and helicopter operations and include an MWIR thermal imager, low-light cameras, and multiple laser payload options.

Teledyne FLIR Defense will produce the systems, required maintenance parts, and perform services at its facility in Wilsonville.