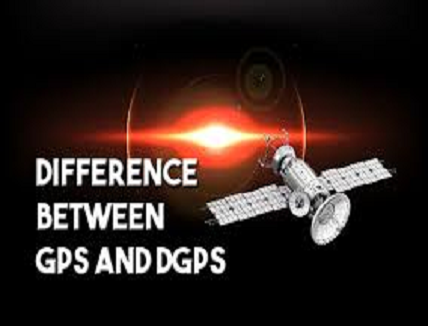 If you wish to visit a place you have not been before then first thing that comes in mind is to search the exact location of the place via internet. You may Google out or let us say navigate on the search engine and here GPS plays its role, then what is DGPS? Let’s find out but before that have a look on GPS or Global Positioning System and how this technology works.

What is GPS and how this technology works?

Positioning and navigation has become very important in our lives. Today GPS has become the most common utility for everyone. With the help of GPS a person can get position information about anywhere in this world and therefore it is called a Global Positioning System. It is a navigation system that relies on satellite signals to show the location of an object.

When GPS was introduced for the first time to the world, its main focus was tracking. But with the continuous changes in the technology over the periods of time this GPS technology has also evolved and now it has been incorporated into various devices as different functionalities, providing convenience to everyone. There are various applications of GPS. It is used in mapping and surveying, fleet management, tracking locations, mining, hiking and backpacking, health and fitness, aviation, agriculture, marine, automotive and most important defence and military applications etc.

A GPS system uses a receiver, satellite and algorithms to synchronize time data, location and velocity for land, sea and air travel. A minimum number of 24 satellites are required for GPS to function but there are usually 31 satellites circling the globe in case any satellite fails to function.

GPS satellites continuously emit signals to earth which are interpreted by a GPS device, situated on or near the surface of the earth. A GPS device must be able to read the signal from at least 4 satellites in order to calculate the location. The signals emitted by GPS satellites states two types of information, one the current time and second about where the earth satellite is at that particular time. GPS receivers use this information to do a special calculation called Trilateration. The receivers compare the time that the signal was sent from the satellites with the time when the signal was received. The difference between the timing indicates the distance between the receiver and the satellite.

What is DGPS (Differential GPS)?

The delays and errors can occur in a GPS system during the signals transit to earth as the signals have to travel through different layers of the earth’s atmosphere. These errors can be Ephemeris errors (satellite orbit), Atmospheric propagation delay, Satellite clock errors, Receivers noise, Tropospheric delay and Multipath etc.

So in order to remove these errors and inaccuracies in the GPS signals improvements were done or corrections made to regular GPS signals and it is called DGPS (Differential Global Positioning System) which is the enhancement in the GPS system. With the help of this technology the degradation of signal is reduced and thus it helps in results more accuracy in the positioning information. DGPS reduces or correct the effects of Satellite clock errors, Receiver clock errors, Orbital errors and Atmospheric distortion and hence make navigation extremely precise.

Differential GPS (DGPS) uses a network of fixed, ground-based reference stations to find the location relative to a fixed point of reference. It depends on two receivers i.e reference and rover receiver where reference receiver is the stationary receiver which is fixed to a certain position and is known to the system whereas rover is the user. Below is the comparison table for GPS and DGPS: