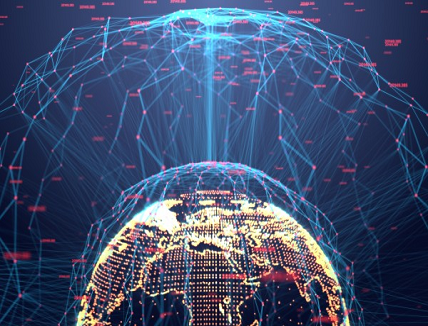 NextNav has been named the best performing Position, Navigation and Timing (PNT) solution in a report released by the U.S. Department of Transportation (DOT). After a competitive application process and review of 11 technology solutions, the DOT identified NextNav as the best performing solution across all PNT categories.

In addition, the DOT concluded that “all vendors demonstrated some PNT performance of value, but only one vendor, NextNav, demonstrated in all applicable use case scenarios.”  DOT is also calling for increased investment from the government in complementary PNT solutions to address the vulnerabilities of GPS.

The Complementary PNT and GPS Backup Technologies Demonstration Report asserts that resilient PNT is needed to protect critical infrastructure in the public sector, such as telecommunications, transportation, electric grid, financial sectors. The report is an outcome of a multi-year bipartisan effort led by Congress to address the vulnerabilities of GPS in providing PNT services to the country. According to a NIST sponsored RTI report, GPS has generated over $1.4 trillion in economic activity in the country since its availability in the 80s. The same report estimated that a 24 hour GPS outage could have an impact of over $1 billion per day of economic activity in the United States alone.

TerraPoiNT, NextNav’s 3GPP compliant terrestrial PNT solution, provides a complete 3D solution for position, navigation, and timing in outdoor, urban, and indoor environments. TerraPoint’s signal which is over 100,000 times stronger than GPS, combined with its ability to operate independent of GPS and it’s cybersecurity protections overcomes the limitations of GPS. Made possible by a terrestrial network of transmitters and altitude stations deployed on licensed nationwide spectrum across the country, the NextNav solution is more accurate, resilient and secure than satellite-based GPS technology.

“GPS is a global utility that we all rely on,” said Ganesh Pattabiraman, CEO of NextNav. “Unfortunately, this reliance often comes at the cost of security. The DOT report highlights the fact that viable, market-ready PNT solutions can increase the resilience and security of location and timing services. These solutions will play a vital role in addressing both the immediate need to secure our critical infrastructure, but will also enable modern applications such as autonomous vehicles and 5G telecommunication systems. We are thrilled that the DOT report both validates the TerraPoiNT technology and recognizes NextNav’s vision for the future of PNT.”

Included in the report are the results from a number of timing and positioning scenarios, which were conducted among the 11 candidate technologies. Nine different types of tests were done in a GPS free environment covering positioning, navigation and timing scenarios, including indoor, outdoor, basement conditions for timing, static and dynamic environments for 2D and 3D positioning and navigation. In each attribute, TerraPoiNT, the NextNav terrestrial PNT solution, led the pack.