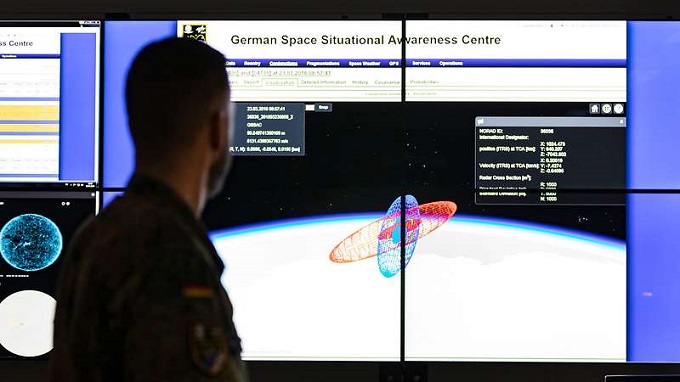 The German Federal Office of Bundeswehr Equipment, Information Technology and In-Service Support (BAAINBw) has recently awarded a contract to Atos and OHB DC to supply the “Space Situational Awareness Center Expansion Stage 1” (Weltraumlagezentrum, WRLageZ, Ausbaustufe 1) to the German Federal Armed Forces. This system, located in Uedem, will enable the German Armed Forces to monitor the situation in space and protect critical German infrastructure in orbit.

On top of GMV’s software, OHB DC will add an operational layer, providing interoperability to the system. Additionally, Atos will integrate the various software and hardware components into the solution, creating interfaces with external sensors and ensuring the operational performance of the overall system.

With this new project, GMV strengthens its position as European industrial leader in Space Situational Awareness (SSA) and Space Surveillance and Tracking (SST). It also reinforces GMV’s footprint in Germany, following the awarding of two relevant contracts in 2021 by the German Space Agency at DLR for the German Space Situational Awareness Center (GSSAC), also located in Uedem. The purpose of these contracts is to implement advanced SST data processing algorithms (BaSSTDa) for the development of the future EU SST catalog (under German responsibility) and for maintaining and upgrading the GSSAC Mission System (GMS).

Both German and Spanish branches of GMV will be involved in the activity, collaborating with teams located in Munich, Darmstadt, and Madrid. All in all, over 70 GMV engineers currently work at GMV on SSA/SST activities in 7 European countries, making it the largest SSA/SST industry and team in Europe. GMV works intensively in this field for the EU SST (in Spain, France, Germany, Romania, and Poland), for ESA (in addition to the previous list, in the UK and Portugal), as well as in the commercial sector (providing collision avoidance services to more than 10 operators and more than 80 satellites through its focus on operations center) and in the military domain (including this new activity).