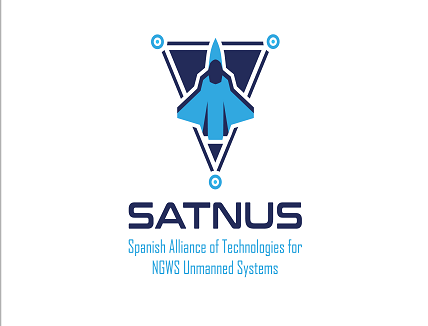 The Spanish companies SENER Aeroespacial, GMV and TECNOBIT-GRUPO OESIA have set up, in coordination with the Spanish MoD, the company SATNUS Technologies, S.L. to coordinate all activities of the remote carriers technology pillar, led in Spain by the 3 companies in a consortium. The new company is set up with an identical capital contribution from each firm, adjusting the workload distribution for each of the phases of the program.

The setting up of SATNUS Technologies, S.L. reaffirms the commitment of GMV, SENER Aeroespacial and TECNOBIT- GRUPO OESÍA with FCAS, through the Next Generation Weapon System (NGWS). The 3 companies thus set out to drive national participation in this important remote carrier’s technology pillar, bringing out the capability of Spanish engineering and the full potential of Spain’s industry.

This pillar focuses on the development of new technologies and assessment of new UAV concepts, opening the door for development of disruptive technology affording benefits to Spain’s industrial technological base as a whole. It will have a particular knock-on effect on research technology centers due to the dual military-civil nature of many of the pillar’s research initiatives.

SENER Aeroespacial, GMV and TECNOBIT- GRUPO OESÍA bring together between them a wide range of aeronautics, space, defense, and security expertise while also drawing on their experience in major international programs and Spanish MoD programs. Within the remote carriers pillar the 3 companies will be coordinating the Spanish technological and industrial team as defined by the Directorate General of Armaments and Material (Dirección General de Armamento y Material: DGAM).

After the setting up of SATNUS Technologies S.L, Rafael Orbe, general defense manager of SENER Aeroespacial said «SATNUS Technologies S.L. will be a responsive and efficient vehicle for integrating Spanish technology not only of the 3 partners leading the remote carriers pillar but also other national stakeholders as defined by the DGAM as part of the technological and industrial team: ranging from SMEs to technological research centers and universities, all of which can bring their technology and particular engineering expertise  to this important project”.

Manuel Pérez, GMV’s general manager of defense and security, put it this way: “SATNUS Technologies S.L. is the long-term entrepreneurial response to the 3 companies’ tried and tested relationship with the MoD and the NGWS/FCAS project in the remote carriers pillar.

This will make it easier for the whole of Spanish industry to secure a quantitatively and qualitatively significant workload, placing Spain at the same level as the other 2 countries forming part of the project”.

Emilio Varela, corporate development and strategy manager of TECNOBIT- GRUPO OESIA, also had his own point of view: “The creation of SATNUS Technologies S.L enhances Spain’s importance and status within Europe’s biggest defense program. It strengthens the alliance of the 3 consortium companies and forges even closer links between them in a key development phase. It will also encourage participation by Spanish industry and research centers, helping to boost the country’s technological expertise”.

The creation of SATNUS Technologies S.L. coincides with the recent announcement by the Spanish MoD of the agreement reached by the three participating countries (Germany, Spain, and France) to tackle the next phase of the European FCAS defense program. Under this agreement Spain’s industry will have an equivalent weight to that of Germany and France, representing an unprecedented participation and effort in Europe’s aerospace industry.

NGWS, a fundamental part of FCAS

The FCAS program aims to develop a system of systems connecting interoperable manned and unmanned air platforms. Driven by Germany and France, it is one of Europe’s biggest defense projects. Spain has been participating as national partner since 2019. Spain’s participation in FCAS, through NGWS and other programs, is considered to be a sovereignty-enhancing state project that contributes towards the construction of Europe, ongoing technological development, and the knitting together of an industrial fabric, while also generating a large number of highly skilled jobs.