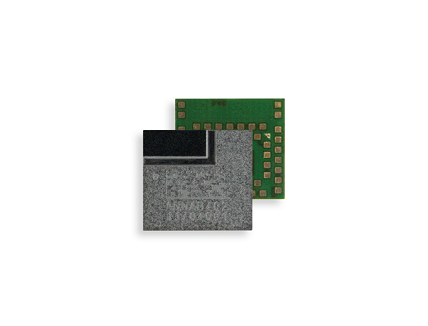 Measuring 6.5 by 6.5 mm including its integrated antenna, ANNA-B4 combines the Nordic nRF52833 chipset’s feature set with u-blox’s expertise in chipset and module design into a compact and powerful component. The SiP supports Bluetooth mesh, long range, and direction finding, Thread and Zigbee, operation up to 105 °C, and is globally certified.

The ANNA-B4 is available in two product variants. The first, ANNA-B412, is delivered with the easy-to-use u-connectXpress command API based on industry-standard AT commands for accelerated time to market. Superior security functionality including secure boot helps prevent malicious attacks by ensuring that only authenticated and authorized firmware and updates can run on the device.

A fit for established and emerging use cases

ANNA-B4 is a perfect fit for established use cases such as smart lighting networks that coordinate their light intensity in response to presence detection and ambient light sensors using mesh technology.

“ANNA-B4 packs quite a punch when it comes to enabling applications in harsh industrial environments. Its ultra-compact size, which includes a high performing antenna, Combined with the latest Bluetooth technologies, support for Thread and Zigbee, and an operating temperature of up to 105 °C enable applications in a broad range of market segments,” says Len Albertsson, Product Strategy, Short Range Radio, at u-blox.

Engineering samples of the ANNA-B4 SiP will be available in January 2022.