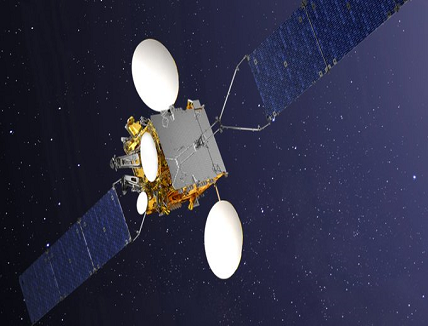 Thales Alenia Space on board for an unprecedented technological experiment

KT SAT will use 5G backhauling as the first stone of satellite integration in the 5G world. This unprecedented experiment consists in backhauling the connection between a 5G Core Network and a 5G gNB through KT SAT Koreasat-5A(GEO satellite). In this case, the satellite is not only a complement to terrestrial 5G network but a fully integrated part of it by receiving 5G network from Earth and then returning it to remote areas where traditional backhauling technologies (wired, fiber, radio beams) are not suitable for technical and/or economic reasons. This demo was implemented from the KT SAT’s Kumsan teleport.

Koreasat-5A, orbited by SpaceX in 2017, is based on a Thales Alenia Space’s Spacebus 4000B2 platform, and it is equipped with Ku-band transponders. Koreasat 5A covers Indochina, Japan, Korea, the Philippines and Central Asia. Thales Alenia Space was the prime contractor for KOREASAT-5A, in charge of its design, production and testing.

It is not the first time that Thales Alenia Space is involved in 5G demonstration. Indeed, on February 20th 2018, as part of “5G Champion”, a Horizon 20201  research project that is being financed by the European Commission, Thales Alenia Space, with CEA/LETI (electronics and IT lab) and Nokia as partners, showcased 5G communications technology demonstration at the Winter Olympics in Pyeongchang, South Korea. As a 3GPP2  member, Thales Alenia Space continue to adopt new standards regarding NTN (Non Terrestrial Network) in 5G with strong acceleration of the traditional cellular stakeholders.