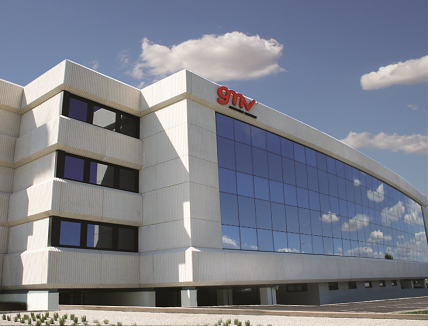 In the last three years, it has increased its workforce by 17.5% & currently has over 250 jobs vacancies open for both junior & senior profiles

The company will close 2021 with 2,557 employees & remains committed to hiring permanent employees

The technology multinational GMV, which has grown by 17.5% in the last three years, continues to generate stable, quality employment. It is currently running a talent-hunting process for junior and senior profiles. With more than 2,500 employees worldwide (2,000 in Spain), it currently has 269 vacancies open—179 in Spain and 90 internationally (UK, Poland, Portugal, Germany, Colombia, Romania, and France).

Although COVID-19 has marked the last two years, GMV has grown by around 10%. Its specialization in technology and the diversification of the sectors where it operates have been two of the keys to its sustained growth and resilience as a company.

This specialization, together with the experience it has built up in its areas of activity, has enabled GMV to keep up its growth momentum and continue generating jobs and become a recognized employer brand. Its culture and values, based on trust and responsibility and the promotion of lifelong learning, contribute to its collaborators’ personal and professional development as the cornerstones of its future projection.

Following a human resources strategy in line with people’s current needs, GMV has attracted and retained the best talent. It values junior and senior profiles in all their facets, supporting female talent, equal treatment, and promoting diversity. As proof of its commitment to the future, practically 100% of the contracts signed are permanent.

The development of innovative products and services in sectors such as space, aeronautics, defense, intelligent transport systems, cybersecurity, and health has allowed the company not only to continue with its productive activity for its customers but also to take on new projects of greater relevance and international impact.

These projects include receiving the contract for the enhancement and maintenance of the Galileo control ground segment, participating in the development of the new generation of BMW autonomous vehicles, and implementing the new integrated and multimodal fare system in the public transport network of the Balearic Islands with EMV technology.

It also participates in the main European space programs (Galileo, Copernicus, and space debris) and aeronautical programs (FCAS/NGWS, SESAR, and CleanSky 2), as well as in the European Commission’s major defense and security research framework programs. It has been protecting the infrastructure and technological systems of large organizations, public administrations, and critical infrastructure worldwide for more than three decades. It uses the most modern technologies based on IoT, mobile communications, GNSS, and artificial intelligence for their application in sectors such as automotive, healthcare, and ICT.

In Space, GMV has become the sixth largest industrial group and the first Mid-Cap (mid‑capitalization) of the European space sector, with over 1,300 people working in this area. It is the world’s leading supplier of control centers for commercial satellite operators, with noteworthy development under way for Hispasat, Hisdesat, Eutelsat, SES, OneWeb, Arabsat and Yahsat. It is also one of the main industrial pillars of strategic European space programs such as Galileo (navigation), Copernicus (Earth observation) or SST/STM (space debris). It contributes significantly to the principal exploration, science, planetary defense, space surveillance and space transportation missions of the European Space Agency (ESA), including participation in Hera, Mars Sample Return, Heracles and ExoMars. Mention should be made of awarding of the contract for the upgrade and maintenance of the Galileo control ground segment, as well as the participation in the development of BMW’s new generation of autonomous vehicles.

In aeronautics, GMV is the leader in developing solutions for processing and distributing remotely piloted aircraft system (RPAS) data and in developing avionics systems (A400M, ATLANTE, etc.). GMV is collaborating with Airbus DS on the development and certification of critical software for the A330-MRTT and A330-FSTA programs. Meanwhile, the company is taking part actively in the Single European Sky ATM Research (SESAR) project and in the CleanSky2 program. In recent years, participation has included a number of projects focused on the use of artificial intelligence in aeronautical applications to offer greater autonomy to unmanned aircraft. The SAFETERM and GNC-AIR projects with the European Defense Agency (EDA) are notable, as is its significant role in the Future Combat Air System /Next Generation Weapon System (FCAS/NGWS) program.

GMV is renowned worldwide for the design, development, implementation, and deployment of intelligent transportation systems (ITS) based on the IoT, mobile communications, and GNSS, with over 400 customers in 30 countries on 5 continents. Its clients include the main players in the sector, such as ALSA, TMB, CRTM, RENFE, Alstom and CAF. In recent years, the deployment of the new integrated and multimodal fare system in the public transport network of the Balearic Islands with EMV technology is notable, as is the development of advanced systems for the connected autonomous vehicle and cybersecurity applied to the automotive sector developed from our own R&D activities.

In the area of cybersecurity, GMV has spent nearly three decades protecting the infrastructures and technology systems in large organizations, public administrations, and critical infrastructures worldwide.  It has a highly qualified team that offers specific services and solutions for different sectors, such as finance, industry, and health care. These services include the analysis and diagnosis of the state of cybersecurity, the drafting of regulatory adaptation plans, managing and operating technology solutions installed in the clients and detection, visibility, and intelligence for decision-making and good governance. It is very highly specialized in services such as cyber-intelligence, commissioning and operation of cyber-protection infrastructures and incident response through the GMV-CERT center, which has received the highest international certifications.

For over 20 years now GMV has been working on R&D in the health sector, developing groundbreaking products and solutions, such as non-face-to-face health care platforms or clinical and epidemiological data mining platforms, applying cutting-edge technologies such as artificial intelligence, big data, advanced analytics; or surgical simulators and planners for intra-operative radiotherapy. In recent years and some of the flagship projects to its credit include the big data platform of the MOPEAD project for the early detection of Alzheimer’s disease or TARTAGLIA for the creation of a federated network with artificial intelligence to speed up clinical and health research. In Europe, GMV is currently developing the big data platform for the HARMONY Alliance research project on blood cancers and the OPTIMA project, which is focused on breast cancer, prostate cancer, and lung cancer.