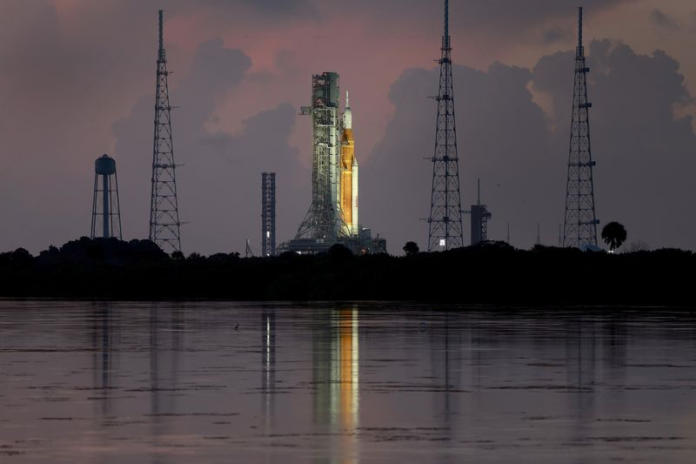 According to the Space agency, the next possible launch windows of NASA Moon Rocket Artemis I, are September 19 to October 4 and then October 17 to 31

To witness the historic blast-off of the Space Launch System (SLS) on Saturday, millions around the globe and crowds gathered in Florida beaches, but due to the fuel leak near the base of the rocket, the Moon Rocket mission again called off. Almost 3 hours before the final launch, the pre-flight operations were called off at 11:17 am RDT.

After scrapping a second attempt, National Aeronautics and Space Administration (NASA) announced it will not try again a new launch attempt of Moon Rocket Artemis I during its current window of opportunity, which is ending early next week.

At a press conference conducted on Saturday, Jim Free, Associate Administrator for Exploration Systems Development said, As determined by the Earth’s and Moon’s positions the current launch period for NASA’s Artemis 1 mission is “definitely off the table,” and the mission would end on September 6, Tuesday.

The next possible launch windows are scheduled on September 19 to October 4 and then October 17 to 31 of this year as reported by NASA.

On Saturday launch attempt, while loading the propellant into the core stage of the SLS rocket, a liquid hydrogen leak was encountered by the mission team. Multiple troubleshooting efforts were made to address the area of the leak by reseating a seal into the rocket to the affected area but it does not fix the issue. As a result the launch director waived off Artemis I launch mission and decided to roll back the rocket into its assembly building so that it could undergo certification tests for resolving the issue.

Astronaut Victor Glover told reporters, “The latest postponement was the right decision after you develop this kind of leak. These (are) really incredibly complex machines. When you see a scrub, people should gain confidence, not lose confidence.”

Artemis 1 mission purpose is to verify the capability of Orion capsule, whether it is safe to carry astronauts in the future or not and also to test the capsule’s heat shield, which is at 16 feet in diameter and the largest ever built. The Orion capsule, which sits atop the SLS rocket, would carry the Mannequins equipped with sensors in place of astronauts on the mission and they will record acceleration, vibration and radiation levels.

After the launch, it will take several days for the spacecraft to reach the Moon, flying around 60 miles (100 km) at its closest approach. The Orion capsule will fire its engines to get to a DRO (distant retrograde orbit) of 40,000 miles beyond the Moon, which is a record for a spacecraft rated to carry humans.

This trip is expected to last around six weeks and would see the first human presence on the lunar surface. If the mission succeeds, it would be a huge relief to the US space agency, after so many years of delays and cost overruns.

As per the government audit, it is estimated that the Artemis Mission program’s cost is expected to grow to $93 billion by 2025.

The next mission, Artemis 2, will take astronauts to the Moon without landing on its surface and the crew of Artemis 3 mission is to land on the Moon in 2025 at the earliest, with later missions envisaging a lunar space station and a sustainable presence on the lunar surface.

A crewed trip to the Red planet aboard Orion, which would last several years, could be attempted by the end of the 2030s.