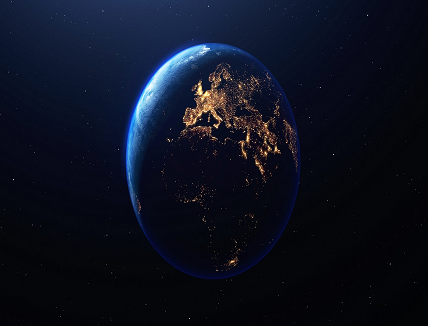 GMV is a world reference in the study, monitoring & prevention of space debris proliferation, with more than 20 years of experience in this market

The space environment is becoming increasingly polluted due to the proliferation of objects orbiting in an uncontrolled manner around the earth, particularly in low and geostationary orbits (the most interesting for use and exploitation). Estimates suggest that there are more than one million objects larger than 1 cm capable of causing potential damage of various kinds, and the number is increasing at a dangerous rate. To ensure a sustainable use of space, various key players in the space industry (*), including GMV, have launched the international initiative called Net Zero Space.

The platform brings together stakeholders from within the value chain of any type of space mission: satellite launchers, manufacturers, operators, civil society, research and academic organizations, space agencies, and public actors from all over the world. This coalition is pressing for an urgent and consensual response to the issue of rising orbital pollution and is calling for immediate and specific action to be taken to reduce it by 2030. GMV has pledged to improve and promote the use of its collision avoidance services and to continue developing new solutions to ensure the safety and sustainability of space operations.

Space is a shared asset offering major opportunities and services as well as significant social, economic, scientific and strategic benefits for all humanity. Everyday technologies such as telecommunications, resource observation and location, and financial transactions depend on space infrastructure, and therefore on the long-term viability of the Earth’s orbital environment. With the space market expected to generate a turnover of more than $1 trillion by 2030, according to Bank of America’s forecasts, space is becoming a tremendously important part of our economy. However, these benefits will only be possible if all market players come to an agreement on the long-term, safe, and sustainable use of space.

The members of the international Net Zero Space initiative share the view that this goal can only be achieved through cooperation, bringing together the private sector, civil society, research and academia, as well as public authorities and regulators. All those operating in orbit or supporting space operations on the ground have a key role to play in this endeavor.

GMV is a world reference in the study, monitoring and prevention of space debris proliferation. It has been operating in this field since the late 1990s, when it started working with ESA on object cataloging and in-orbit collision avoidance. In 2009, ESA launched an ambitious program for the development of space debris tracking technology. Since then, GMV has participated and continues to participate in more than 30 projects.

In 2014, the European Union set up a program to support space surveillance, developing a European EU SST system on a par with those belonging to powerhouse nations such as the United States. As part of the EU SST, GMV manages contracts in five countries (Spain, France, Germany, Poland, and Romania) and has additional capabilities and contracts in the UK and Portugal.

GMV is not only a leader in the institutional space surveillance market, but in the commercial SST market as well. In this regard, GMV has been operating its Focusoc commercial operations center since 2017, providing anti-collision services to over ten commercial operators and more than 80 satellites.

Altogether, there are over 70 GMV engineers working on SSA/SST activities, making it the largest industry and SSA/SST team in Europe.