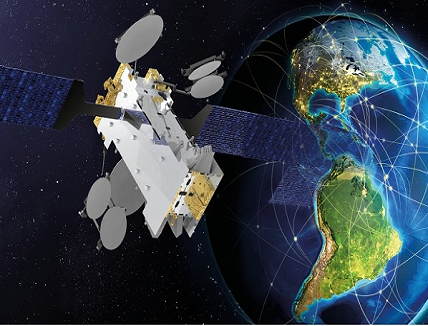 Hispasat, a Spanish satellite operator, is one of GMV’s flagship clients, now running GMV systems in its whole fleet of satellites

GMV, world number-one independent supplier of satellite control systems, has signed a series of ground-segment supply contracts for Hispasat’s Amazonas Nexus satellite, which will replace Amazonas 2 in the orbital position 61º West and enhance its forerunner’s capabilities. The contract as a whole includes supply of the control center and flight dynamics system, a new ground station in Río de Janeiro for the Amazonas Nexus satellite, a new satellite tracking system and sundry ground equipment, plus a new control and management system for all Hispasat’s ground stations.

Amazonas Nexus ushers in a new generation of Hispasat satellites and will open up new markets and win new clients, providing high-capability air- and sea-transport mobility services, among others. It will continue to cater for Hispasat’s current Amazonas 2 clients. The new upgraded satellite will give coverage to the whole American continent plus the north and south Atlantic corridors (areas of busy air- and sea-traffic) and Greenland, providing state-of-the-art Ku-band telecommunication services. It also includes Ka band capability to streamline gateway-satellite communications. This will multiply the total onboard capability available for commercial use while also fine-tuning capability unit cost in comparison with traditional satellites.

The recently awarded contract was won on the strength of GMV’s vast experience in supplying systems of this type based on GMV’s inhouse line of operational products. Pride of place here goes to the real-time telemetry and telecommand processing product Hifly and the flight dynamics system FocusSuite. Other GMV products will also be supplied, like Magnet for management and control of ground stations.

As well as setting up a new ground station, the contract also takes in new control centers in Arganda del Rey, Tres Cantos, Maspalomas and Río de Janeiro to cater for a new network of timing and frequency reference generating equipment plus integration of new baseband equipment.

Hispasat, one of GMV’s marquee clients, is already using a GMV-supplied control center and flight-dynamics system for controlling its existing fleet (Amazonas 2, 3, 5 and Hispasat 30W-5, 30W-6, 36W-1 and 74W-1).

Miguel Ángel Panduro, Hispasat’s CEO, explains what this new satellite means: “Amazonas Nexus will strengthen Hispasat’s position in the booming air- and sea-mobility markets and will also help to close Latin America’s digital gap. Agreements reached for supply of its ground segment builds on our tried-and-tested business relationship with GMV, with whom we have been working successfully for three decades now”.

Jorge Potti, GMV’s general manager of Space, put it this way: “This new contract will forge even closer bonds between GMV and Hispasat, a relationship now dating back to 1991. We’re delighted to see Hispasat turning once more to GMV’s experience for the control of its new generation of satellites, including new areas of collaboration”.