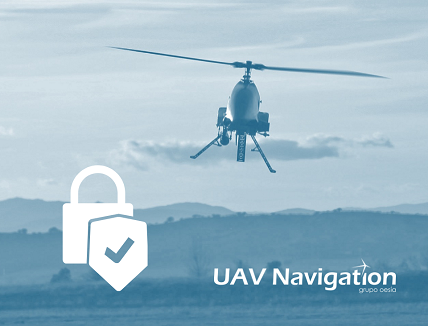 The growing use of professional UAS for civil uses and the insertion of these unmanned vehicles in the global aviation traffic and its potential use for delivery has become one of the most important assets for aircrafts. The use of autopilots or other subsystems with a non-professional quality grade may lead to catastrophic incidents.

The EU regulation framework, driven by EASA and the EU Commission, defined in their latest release three different classes of operations: open, specific, and certified categories. Both in specific and certified category operations, where most of the professional UAS flights are included, the operators and, by extension, the aircraft manufacturers will need to prove the safe operation of their platforms. For this reason, the study of the reliability of the systems involved in the UAS becomes a must to demonstrate that the system can perform, under a specific operational condition and during a specific interval of time, a certain operation free of failures.

In the case of the autopilot system, this will be of special interest as it is considered the heart of the flight control system. In this case, the reliability study of the VECTOR-600 has covered a Reliability Prediction Report (RPR), Failure Mode Effects and Criticality Analysis (FMECA), and Fault Tree Analysis (FTA).

The Reliability Prediction Report analyzes the probability of failure of every single sensor and component inside a system. This study helps to define component failure rates and, consequently, a prediction of the time that the VECTOR-600 is expected to operate free of failures under its given operating conditions. According to this, the VECTOR-600 has shown an MTBF (Mean Time Between Failures) over 19500 hours.

A functional FMECA is performed to systematically identify potential failures of the different system functions and to assess their effects in order to define mitigation actions, starting with the highest-priority ones related to failures having the most critical consequences.

During this process, a Failure Mode and Effect Analysis (FMEA) is firstly performed to identify failures and classify them according to the severity of their consequences. The FMECA is then an extension of the FMEA, in which the failure modes are classified according to their criticality, i.e., the combined measure of the severity of a failure mode and its probability of occurrence.

The FMEA/FMECA is a bottom-up analysis considering each single elementary failure mode and assessing its effects up to the boundary of the product or process under analysis. Its methodology does not assess combination of failures within a product or a process.

Fault trees are a classic deductive (top-down) analysis technique, which works from undesired events to basic causes. It is useful for both qualitative and quantitative analysis. A fault tree graphically represents the combinations of events and conditions that contribute to the occurrence of a single undesirable event, called the top event.

In the case of the VECTOR-600, a quantitative FTA has allowed for giving probability estimates for the major hazards, as well as to point out single point failure modes and guide further design in the most fruitful direction for hazard elimination and reduction. FTA has become, by far, the most commonly used deductive safety analysis technique. According to the FTA results, VECTOR-600 has shown a probability of loss of mission per flight hour of 1,809E-05 under its operating conditions, serving as another evidence of the effectiveness of the VECTOR-600.

UAV Navigation works to provide its clients with reliable and high-quality products which conform to the regulations. For that reason, reliability and, hence, flight safety are guidance principles.

The FMECA, RPR, and FTA analysis performed by the external and independent company Anzen have proven that our most advanced autopilot, VECTOR-600, is one of the most reliable GNC systems for NATO Class I & II unmanned aircrafts available in the market and enables our clients to execute missions ensuring safety.

The full analysis report is available under request.