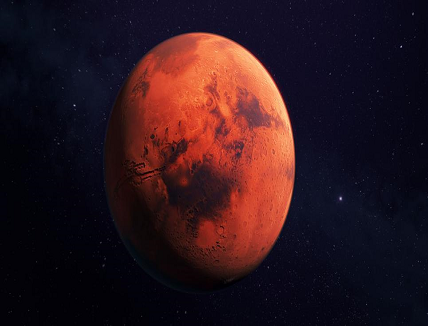 Does Clouds exist on Mars? If yes, then how they look like on the Red Planet? The answer to this question has been revealed by NASA’s Mars Rover. A cloud on Mars is a very rare scenario and hardly visible due to the thin and dry atmosphere of the Red Planet. But all thanks to NASA’s Curiosity rover that captures the images of glorious shining clouds drifting across the Martian sky.

NASA has published a short movie showcasing the drifting clouds high in the sky which were captured using a navigation camera aboard the rover and later converted into 8-frame GIFs, revealed by NASA’s Jet Propulsion Laboratory (JPL) engineer’s team. The shadows from the clouds drifting across the terrain allowed the scientists to calculate the height of the clouds and how fast they were moving. The result showed that the clouds are nearly 50 miles (80 kilometers) above the surface of Mars which is extremely cold at that altitude level, suggesting that they are composed of carbon dioxide ice instead of water ice clouds because the watery iced cloud are generally found at lower altitudes.

Martian clouds appear very faintly in the atmosphere, not easy to capture. NASA’s researchers used special imaging techniques to see them. In order to get a static background several multiple images were captured and after subtracting this static background from each individual image, the moving image or clouds were visible.

For more information visit NASA’s site to see the videos of the Martian clouds.