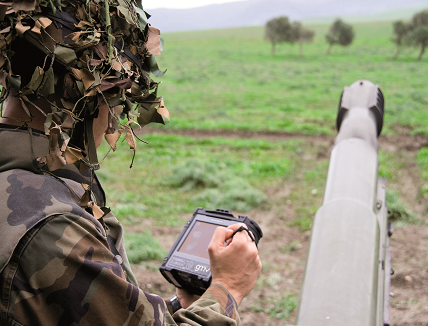 The seven 2nd-call projects GMV is participating in are worth between them 50.1 million euros, now to be added on to the 155 million euros of the four projects won in the first call

The technology multinational GMV has been awarded seven of the 26 projects selected by the European Defence Fund as part of the second EDIDP call. The European Defence Industrial Development Programme (EDIDP) sets out to boost the competitiveness of the EU’s defense industry, thereby helping to build the EU’s strategic autonomy. It is working with a budget of 500 million euros for 2019 and 2020 (245 million euros for 2019 and 255 million for 2020).

EDIDP aims to support the EU defense industry’s equipment- and technology-development efforts, working with EU co-financing. The seven projects with GMV participation in this second call account for 50.1 million euros, about 27% of the total budget. In the first call GMV won four projects from the selected 16, worth a total of 155 million euros, over 50% of the budget.

GMV’s participation focuses a new on the company’s strategically important areas. This expertise helped to clinch the deal, which in turn will improve the company’s international position in key technologies. The awarded projects, centering on the development of AI, command and control, navigation, space and cyber defense capabilities, are the following:

The fine results of the first call in 2020 were key in GMV being chosen again by the European Defence Fund, strengthening its hand even more in EU’s Preparatory Action in Defense Research (PADR) and building on its excellent results under the 2019 EDIDP call. In all, taking in the two EDIDP calls, GMV has been awarded 11 projects, making it the fifth biggest project winner in Europe.

GMV considers it fundamental to ensure ongoing continuity in Europe’s defense initiatives and hence values the results obtained very highly, reinforcing its capacities in technology like AI or command and control.

This result confirms GMV’s cooperative attitude within Europe, winning it a place among the main European companies in terms of EDIDP participation and pole position for the second EDF phase, which will kick off in 2021, significantly increasing the European Commission’s investment and defense collaboration among member states.