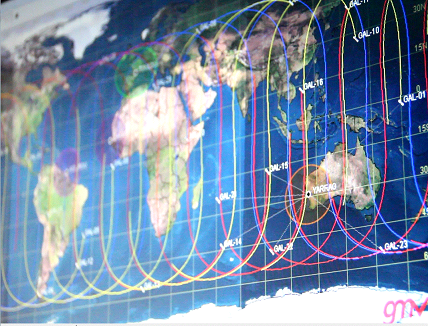 G2G’s main objectives are to phase in new services, improve existing services and boost system robustness and security while also cutting both operating- and maintenance-costs, all with the prime purpose of cementing Galileo’s position as one the future’s top GNSSs.

G2G is divided into several phases. In the first, led by ESA, mission requirements were defined at system level. This was followed by a preparation phase, leading on in turn to the implementation phase. As well as priming several mission-requirement projects, GMV, since 2018, has been heading one of the consortia working on G2G’s complete ground segment during the preparation phase.

Within the preparation phase, shortly before the start of the COVID lockdown, ESA announced the successful end of the B1 phase before launching a bid invitation for the new B2 phase as the prelude to G2G implementation.

Although publication of the bid invitation for this phase was eventually put back until mid-June, GMV never broke off its G2G activities. In recent months GMV has brought new recruitments and partners into the project team while also working on new ideas and kicking off some of the project activities. Team members have attended various skills-training courses, some of them gaining certification under SAFe 5 Agilist. During these months GMV has also been trimming its sails to the new pandemic circumstances, bringing in teleworking, virtual meetings and new toolboxes.

All this spadework has come good. ESA has recently once more turned to GMV as one of the three main phase-B contractors of the G2G ground segment.

GMV is now perfectly placed to take on this new Galileo satellite-navigation phase, making it one of the key companies in the G2G ground segment implementation and development phase.