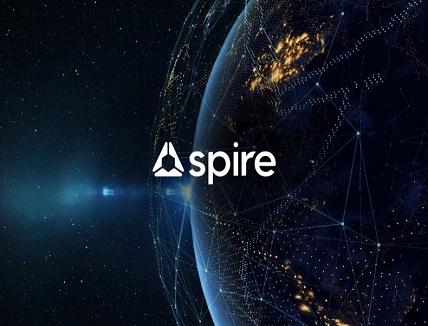 Identifying and mitigating ground-based radio-frequency (RF) and GPS interferences is a critical component of national security and U.S. Space Force operations. RF signals intercepted in open airspace are liabilities that directly threaten on-orbit space assets and military missions. Even in the absence of enemy interference and intentional jamming, RF signals from radio stations, cell phones, and various electronics cause interruptions and interferences – a problem exacerbated by the growth of modern communications technology. The DEEP prototype is an effort by the U.S. military to take advantage of existing commercial satellite telemetry data to readily identify these sources of interference and correct any potential problems before they become a threat.

“Safe, reliable, and dependable space operations rely on the signals from global navigation satellite systems (GNSS) such as GPS. Today, radio frequency interference of those signals pose a direct threat to everyone’s on-orbit space systems. The DEEP project is focused on the ability to identify and characterize the potential sources of that interference, anywhere on the planet, as a critical step in preserving the safe and reliable operation of global space assets.” – Melanie Stricklan, CEO & Co-founder, Slingshot Aerospace.

Spire’s pLEO constellation of 100+ satellites are collecting and disseminating data to enable monitoring and detection of GNSS radio frequency interference (RFI) that degrade the quality, reliability, and usability of GNSS/GPS position, navigation, and time (PNT) services. With over 40 science-grade GNSS receiver payloads deployed across a range of low Earth orbits, Spire is capable of providing persistent near-global coverage of a wide range of GNSS observables and payload telemetry.

“Spire is excited to deepen our existing partnerships with both Slingshot Aerospace and U.S. Space Systems Command. Through the DEEP effort, Spire will support both Slingshot and SSC with our mission critical expertise in GNSS signal processing and demonstrated ability to detect terrestrial GNSS interference sources, including GPS jammers.” – Kamal Arafeh, Senior Vice President of Sales, Spire.

The DEEP prototype contract was awarded on September 30, 2021 through the Space Enterprise Consortium (SpEC) OTA vehicle managed by NSTXL. Spire will provide data to Slingshot Aerospace for the contract duration.