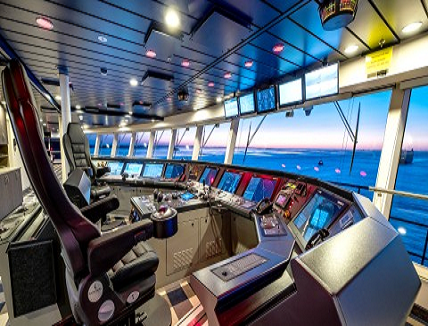 The multi-constellation, double-frequency receiver will comply with European and international legislation and use Galileo’s OS‑NMA authentication mechanism

Co-funded by EUSPA (former GSA), ASGARD aims to boost Galileo take up in maritime transport by developing shipborne e-GNSS (European GNSS) data-processing receivers. Ships operating under the International Convention for the Safety of Life at Sea (SOLAS) have to be fitted with a maritime GNSS receiver compliant to the international standards of the International Maritime Organization (IMO).

GNSS technology is widely used both for ship navigation and positioning applications (traffic surveillance and management, search and rescue, control of fishery vessels, port operations or marine engineering). GNSS’s higher capabilities in comparison with traditional maritime navigation methods have made it the preferred navigation resource in many maritime applications.

In the transport sector as a whole a growing number of regulations enforce GNSS use. Maritime transport is no exception; it is now bound to fit a Positioning, Navigation and Timing (PNT) system that is interoperable in any part of the world. PNT systems are now an obligation in many maritime activities; countries are therefore bound to provide this service for the community and maritime traffic, as a navigation aid in keeping with international recommendations and regulations.

The development of shipborne multi-system radio-navigation receivers (MSR) is now taking a new approach, aiming to provide resilient PNT to improve safety and navigation efficiency. The MSR covers all the shipborne navigation systems and equipment that apply or provide PNT and associated integrity and state information. It calls for support of at least two independent radio-navigation systems; this offers a chance to encourage the use and take-up of e-GNSS (both Galileo and EGNOS) in maritime equipment.

In this context GMV and Saab will be developing a double frequency multi-constellation maritime receiver navigation system (capable of receiving signals simultaneously from Galileo and other satellite positioning systems) complying with European and international legislation, with the unique ability to provide an additional layer of system safety using Galileo’s Open Service-Network Message Authentication (OS-NMA). Galileo OS-NMA provides digital signatures of the Galileo Open Service Navigation Messages. It gives the mean for Galileo OS-MNA capable receivers to verify Galileo navigation data received is coming from a Galileo satellite and has not been falsified/spoofed. This verification method provides the Galileo constellation with strong protection, turning it into a more secure and solid GNSS.

The new maritime receiver represents a new generation of GMV’s Galileo receivers and will be integrated into a Saab navigation system in a format that is already well known by the maritime industry. The receiver will be tested according to the requirements of the European Maritime Equipment Directive for GNSS receivers. It will additionally be exposed to sophisticated spoofing tests, before being put through a shipborne field test campaign. In addition to coordinating the project GMV will also be responsible for the analysis and consolidation of ASGARD equipment requirements for maritime navigation and its design, implementation, and validation.