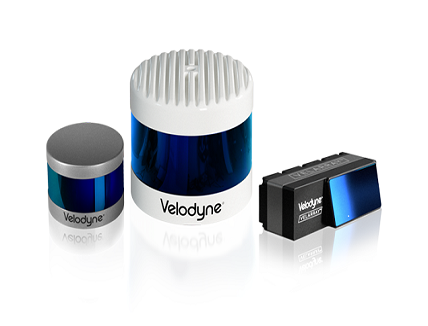 The Alpha Prime sensor is industry-leading for its combined range, resolution and field of view that collectively address the high-performance requirements of autonomous vehicles. The sensor was developed to improve safety in autonomy and offers high resolution along with robust reflectivity returns, simplifying detection and tracking of vehicles, pedestrians and other road obstructions. The Alpha Prime can help autonomous vehicles safely navigate roadways at various speeds, traveling in a range of road conditions such as rain, sleet and snow.

Motional has been at the forefront of driverless innovation for decades and has introduced self-driving technology to hundreds of thousands of people. It’s creating the world’s highest-performing and safest driverless vehicles and systems that will fundamentally improve mobility around the world.

“By working with Motional, we’re on the cutting edge of making driverless vehicles a safe everyday reality,” said Anand Gopalan, CEO, Velodyne Lidar. “Velodyne and Motional have a shared mission of safety-first and we’re proud that our Alpha Prime sensors will be used by Motional’s vehicles as they safely navigate real roads.”

Velodyne’s Alpha Prime is a next generation lidar sensor that utilizes Velodyne’s patented 360-degree surround view perception technology to support autonomous mobility. A result of over ten years of lidar development and learning, the Alpha Prime supports autonomous operation across a broad range of road settings, including urban and highway environments.