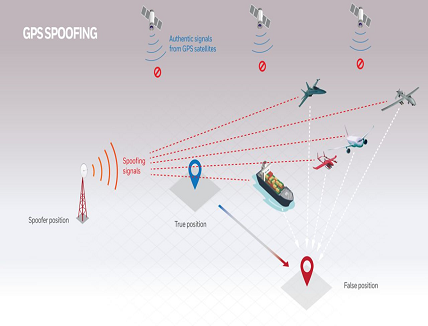 All-new technologies use a variety of inputs to help ensure seamless navigation, even when GPS signals fail

Honeywell has successfully demonstrated multiple alternate navigation technologies for military aircraft. These new products are intended to help ensure seamless navigation, even when GPS signals are blocked, interrupted or unavailable.

Since GPS technology was developed decades ago, it has become commonplace in everything from cars to mobile phones to aircraft. Though GPS is widely used, access to GPS signals isn’t always guaranteed, even with the most modern systems. In the case of military operations, GPS-jamming, whether intentional or not, can block vital signals from conveying critical information regarding positioning, navigation and timing. In these instances, it’s important for military vehicles and aircraft to be equipped with alternative navigation technologies, like celestial or vision navigation, to maintain operational readiness.

“Most of us have experienced some level of GPS unavailability, perhaps on our mobile phones or car navigation systems. It’s a minor inconvenience for us, but for military operations, not having access to critical positioning and timing information can make or break a mission,” said Matt Picchetti, vice president and general manager, Navigation & Sensors, Honeywell Aerospace. “We’re very excited to roll out this robust lineup of alternate navigation solutions, which are specifically designed to address the needs of our military customers and give them the added layers of redundancy needed to successfully carry out their operations, even if they lose access to GPS signals.”

Alternate navigation technologies provide a different means of measuring position, velocity and heading when GPS is disrupted. These technologies include the following:

Alternate navigation prototype systems will be available in 2022 with initial deliveries expected to start in 2023.

Honeywell navigation systems are used by nearly every aircraft flying today to guide millions of passengers to their destinations. Since 1914 when the first autopilot used Honeywell gyroscopes to hold the plane stable during flight, Honeywell has delivered more than 500,000 high-performance inertial sensors across several platforms on land, in the air and at sea.